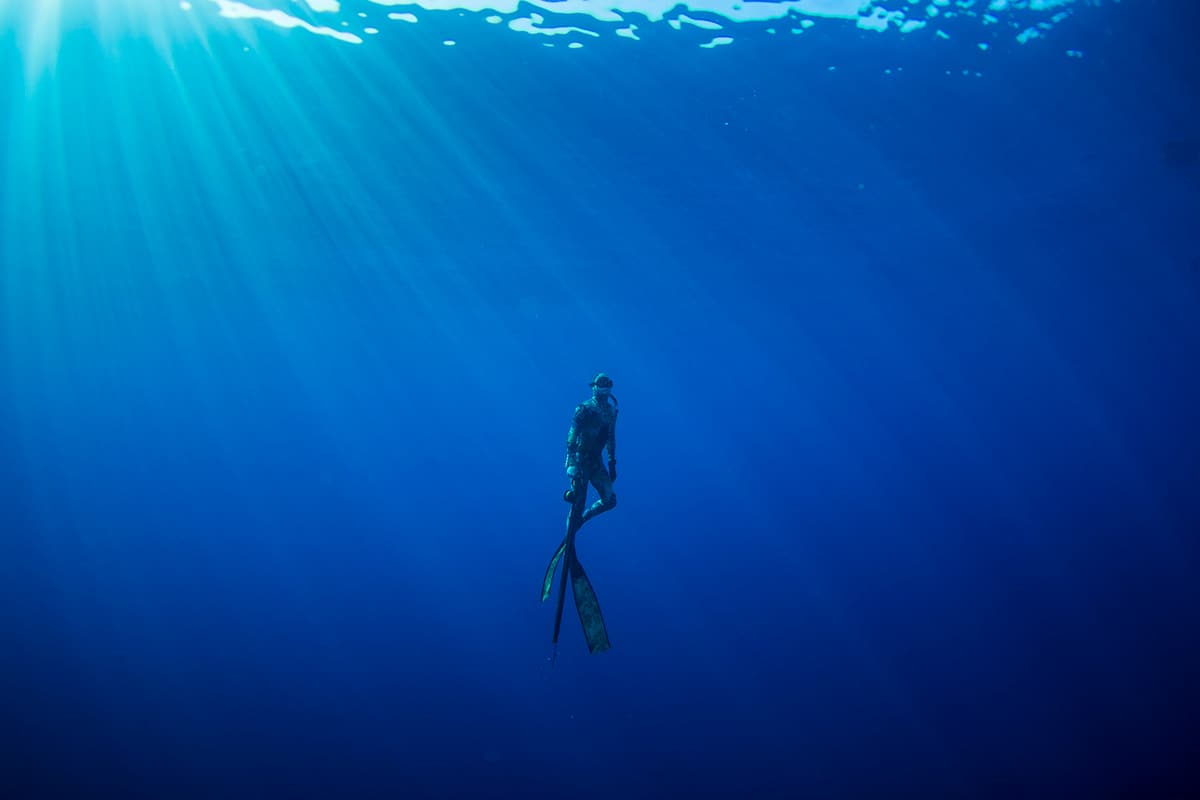 This term is well known both in domestic environments, and is even more frequent in diving, but exactly what is sweet death in diving.

Deadly poisoning caused by inhaling compressed air or another gaseous mixture with nitrogen is known as “sweet death”. This intoxication is known as nitrogen narcosis.

Narcosis, in simple words, is an alteration in the state of consciousness caused by breathing certain gases at depth and can be fatal. By acting on the central nervous system, it produces effects similar to those of alcohol intoxication or inhalation of nitrous oxide.

Narcosis can be caused by different inert gases, not just nitrogen, although this is the most common. When these gases are inhaled at high pressures, narcosis is produced, also known colloquially as the “drunkness of the depths” these and other causes are what will answer the question what is sweet death in diving.

Although it is not totally clear what the exact process that causes this phenomenon is, we are sure that the narcosis is directly related to the pressure exerted in the depths, so the effects are totally reversible almost immediately, simply by rising to the surface. .

It is said that nitrogen narcosis appears after a depth of 30 meters, but this effect can certainly appear much earlier, depending on many factors, especially the organism of each individual.

In addition to this natural variation between the organism of each diver, the temperature of the water, overexertion, stress and the speed of descent are also factors that can vary in how early the symptoms appear and how intense they can become.

These are the most common symptoms:

Being a state of euphoria and giving the diver a feeling of invulnerability, the diver can make irrational decisions, such as diving more quickly and ignoring basic safety measures.

That is why we must take preventive actions that tell us how to act at this level of depths, much has been said about what sweet death is in diving, that is why a point to highlight is always prevention.

How to prevent sweet death in diving?

First of all, it must be clarified that no advice or recommendation should be superimposed on the real rules of diving.

To prevent accidents due to narcosis, it is essential to stay focused and in an agile state of mind, so sedative medications, substances such as cannabis, alcohol or any other depressant substance should not be consumed for at least 24 hours before the dive. Hangover and dehydration in general increase the risk of narcosis, so abstinence from these substances before diving is a mandatory rule.

Finally, the best method to prevent incidents under the influence of narcosis is good teamwork. It is recommended to maintain constant communication with your partner at the time of the dive to more than 30 meters. The “finger test” technique is well known, where the partners, every certain period of time, must show each other a number of fingers and the partner must respond with one more finger or one less finger.

When passing 30 meters, a diver shows 3 fingers to his partner, who responds by showing 4 fingers. After 2 minutes, this last diver now shows him first 2 fingers and his partner responds with one finger. Being aware of being able to add or subtract a finger and having the motor ability to show it without making a mistake means that both are in a good cognitive state and can continue.

There are several techniques to deal with narcosis and prevent many accidents and even deaths. We recommend that you continually review the diving rules, stick to them, and promote good communication and techniques with your buddy to avoid tragedies due to nitrogen narcosis.

If you need to hire a professional diver, you are in the right place, contact us, we also have other services that you may be interested in. Our headquarters is located in the Port of Barcelona where we will gladly assist you.

Go to Top
Open chat
Hello, you need information about: What is sweet death in diving